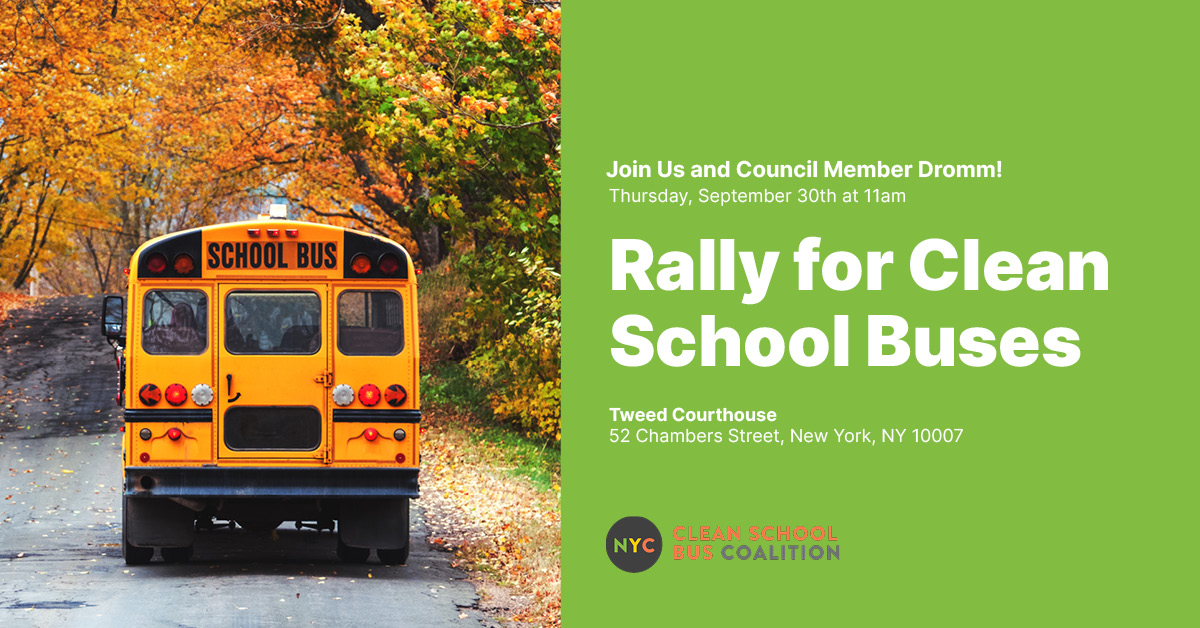 Join us to call for passage of Intro 455 which would require NYC to begin the transition to an all-electric school bus fleet by no later than 2035! WE ACT and NYC Clean School Bus Coalition partners will host a rally at the Tweed Courthouse to call for the passage of Intro 455. Some version of this bill has been in the works for 20 years and many New Yorkers have signaled their support — so the time is now! We hope you will show up and stand with us as we demand a vote on this critical bill to protect the lungs, hearts and minds of our most valuable resources - our kids!