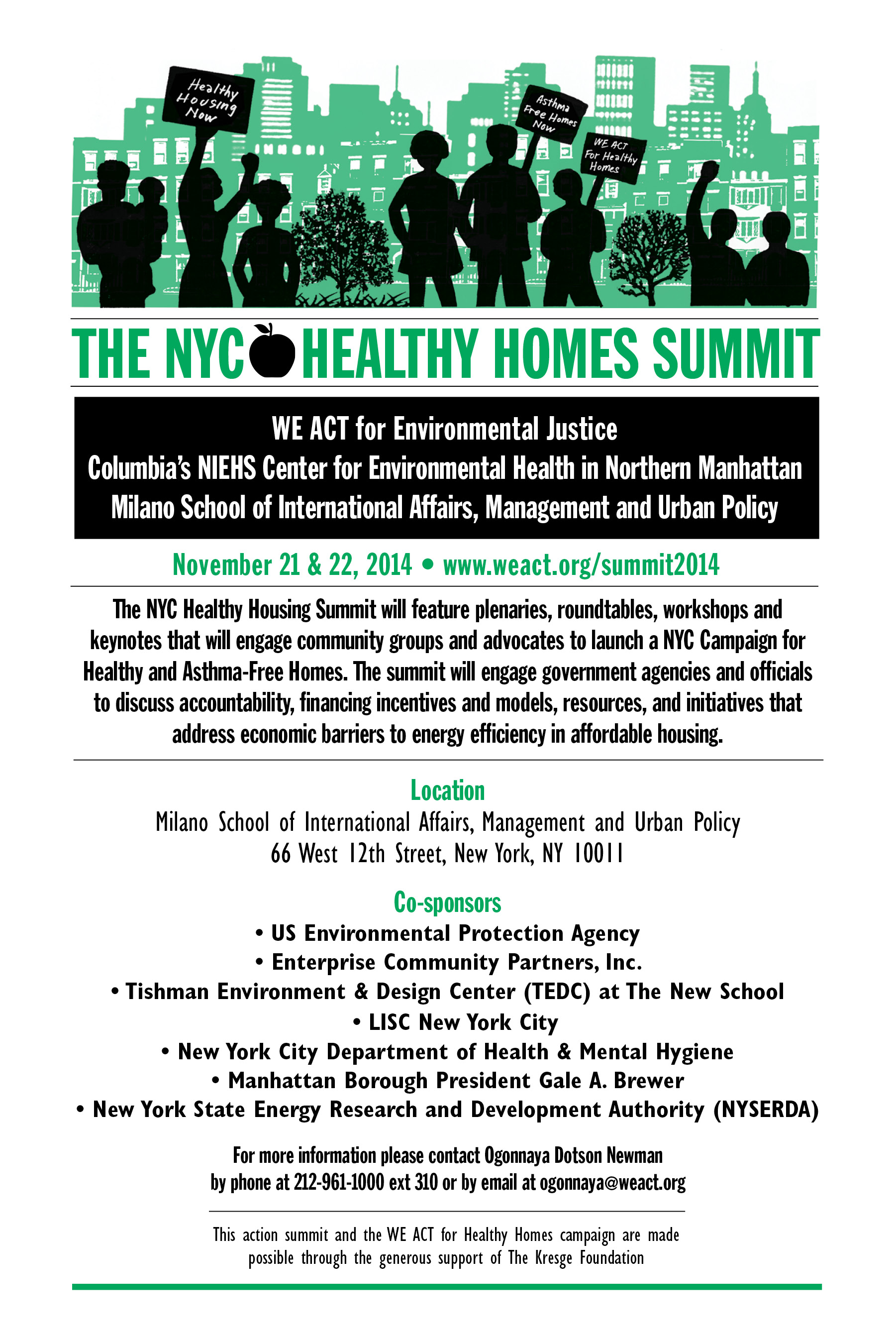 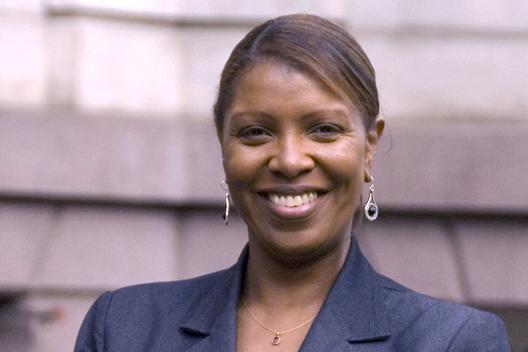 McCarthy who was appointed to the EPA by President Obama in 2013 faces a Republican Party that has been empowered with majorities in the House and Senate. Despite this, remains focused on addressing climate issues. WE ACT’S summit will spotlight the connection between Respiratory issues such as Asthma and indoor pollutants like mold and other toxins. Indoor health hazards directly contribute to the high asthma prevalence in NYC and the average person spends 90% of their time indoors where the level of pollutants may be 2 to 5 times higher than outdoor pollutant levels. According to the New York City Department of Health and Mental Hygiene (DOHMH), the number of mold complaints in New York City has increased significantly in recent years. In 1999, there were an estimated 861 reports (a rate of 4.10 per 10,000 units) filed with DOHMH; by 2004, the number of reports had grown to 16,452 (a rate of 78.28 per 10,000 units).

WE ACT aims to engage, educate and convene over 300 people on the connection between health, housing and justice. They plan to do this by bringing together researchers, scientist, tenants, advocates, elected officials and others that work at the intersection health and affordable housing issues. This will also serve as the launch of the WE ACT for Healthy Homes Campaign. The Campaign’s goal is to continue WE ACT’s long history of working with residents to identify key opportunities to address disparities related to indoor environments.  The WE ACT for Healthy Homes Campaign will continue the over 10 years of community-based participatory research and engagement around healthy homes issues through coalition building, policy development and advocacy.   The Campaign pledges to PASS legislation at the City Council, ENSURE healthy affordable homes for all New Yorkers and PROTECT homes from mold and toxins.

According to the Executive Director of WE ACT, Peggy Shepard, “As Mayor de Blasio and the City Council continue their work to increase the number of affordable units for low and moderate income families, they must also do the necessary work to assure that these same families will live in homes free of allergen such as molds and toxins.” According to health.ny.gov New York State (NYS), more than 1.1 million adults have asthma