Did she alert residents right away to their failure to inspect for lead inside homes? No.

Instead, NYCHA and Chair Olatoye signed off on documents to the federal government saying inspections were complete, when they were not. NYCHA waited more than a year (15 months) to say anything to the public and alert residents on their failure to inspect for lead.

NYCHA put thousands of kids at risk and broke the law by blowing off mandatory inspections for lead inside apartments, and by lying to the federal government. Children under 6 — who are most vulnerable to dangerous lead poisoning — live in roughly 4,200 of the 55,000 apartments that are supposed to be inspected for hazards each year. 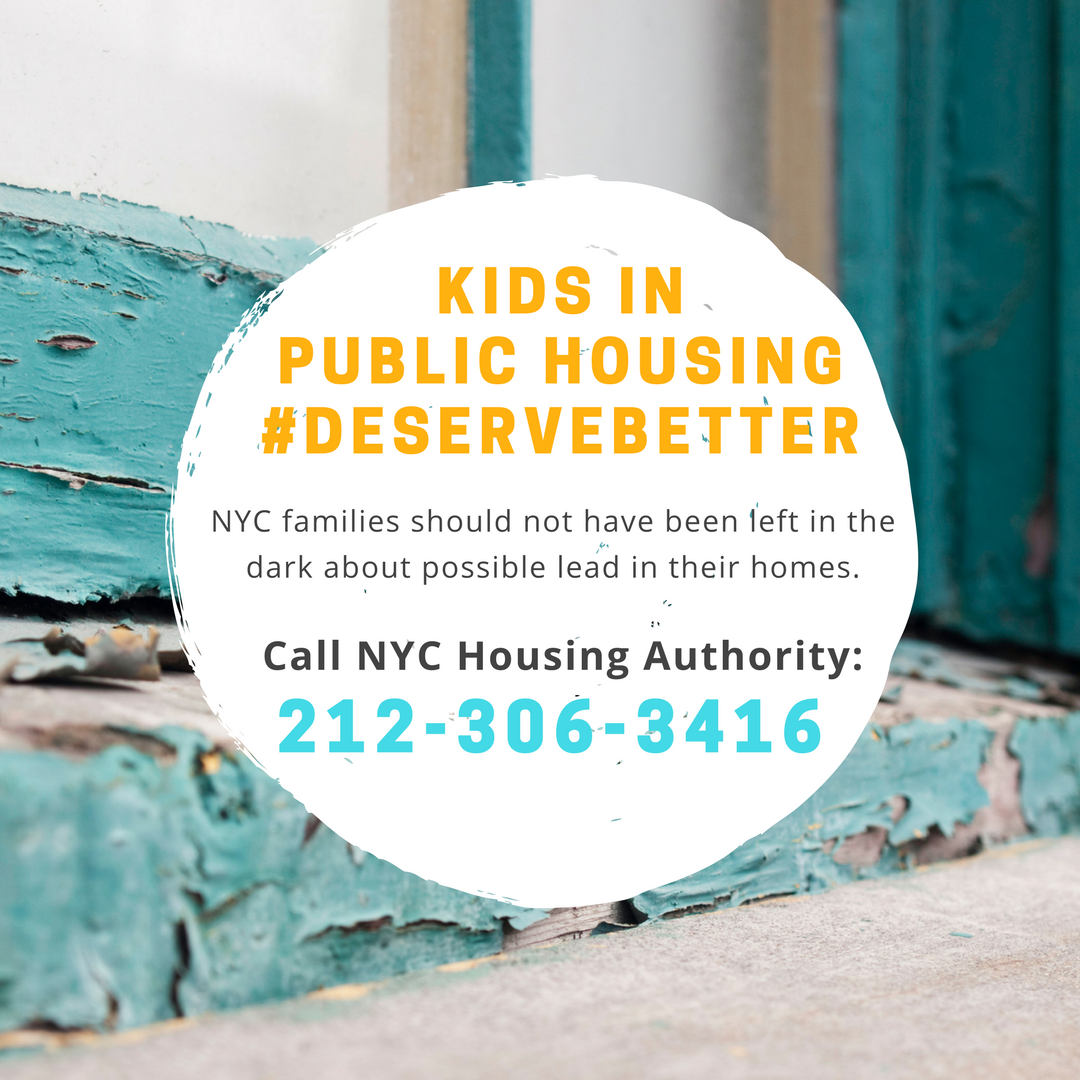 New York City residents who live in public housing deserve better from the city’s largest landlord. NYCHA and NYC Mayor de Blasio must be held accountable for the 1 in 14 New Yorkers who call NYCHA home.