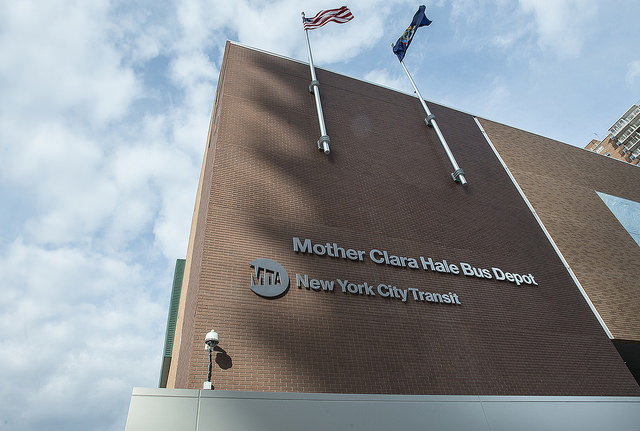 From Trash to Treasure Campaign

With construction of the new West Harlem Piers Park now completed (a result of WE ACT and Community Board 9’s advocacy around the development of the waterfront), WE ACT is working to ensure that the Northern Manhattan community is able to fully benefit from the space at the waterfront. Click here for more on the Trash to Treasure Campaign.

In September 2008, WE ACT for Environmental Justice, the Mother Clara Hale Community Task Force, and the Metropolitan Transit Authority (MTA) joined together in a historic process in order to create a joint vision for the rebuilding of the Mother Clara Hale Bus Depot. This groundbreaking collaboration promises to transform a former pollution source and burden of the quiet Central Harlem neighborhood into a shining example of green transit infrastructure. As part of this “makeover”, MTA pledged to install artwork that would honor the local community and African‐American contributions to New York’s transportation system.