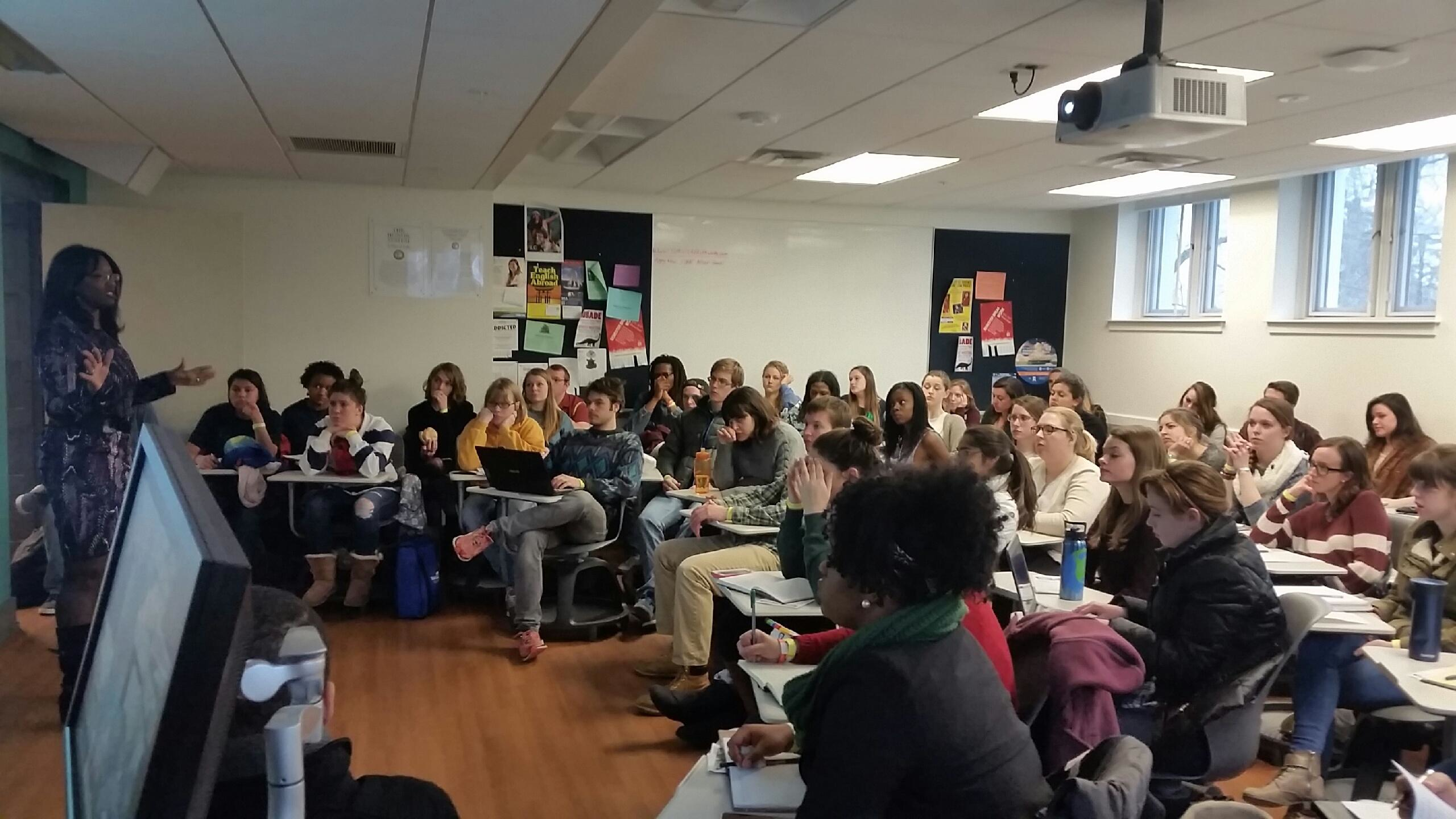 Dr. Jalonne White-Newsome, WE ACT for Environmental Justice’s federal policy advocate in Washington, DC, reads aloud: “I live within three miles of a coal fired power plant”. As she does so, students lined up across the University of Mary Washington classroom step forwards or backwards to represent their answer.

Modeled after the Global and National Power Shift youth climate and leadership summits held in Istanbul And Pittsburgh in 2013, Virginia Power Shift brought together students from 15 colleges and high schools across Virginia to build power and organize around environmental and social justice.

Dr. White-Newsome’s presentation—“Environmental Justice 101: Shifting the Power to the People” –spanned the history of the EJ movement, her own personal EJ narrative, and local health disparities in Virginia. The talk’s different viewpoints enabled students to infuse EJ principles into both their local and national activism: students formed breakout groups and discussed how WE ACT’s push for equity measures in the EPA’s Clean Power Plan could inform their campaign to divest from Virginia Dominion Power.

Dr. Jalonne’s presentation at Virginia Power Shift is also part of a larger effort for the DC office to deepen relationships with EJ groups local to the area. On April 7, 2015, Dr. Jalonne also spoke on a panel at “Building Climate Justice in Virginia”. This event, organized by The New Virginia Majority in Richmond, also included student voices and educated the public at large about how climate change is affecting VA organizing for environmental and social justice.

WE ACT is the only community-based environmental justice organization with a policy advocacy office in DC. These events are a key part of the strategy to use WE ACT’s position to elevate grassroots groups from around the country, and to put the voices of disproportionately burdened communities at the table about policy that affects their health and livelihoods.

WE ACT members in New York can build on the activism in Virginia by supporting the Clean Power Plan advocacy. Because this activism is aimed at the federal EPA but requires state implementation, it has the potential to improve clean energy accessibility in low income households while also empowering communities.

After her presentation, both students and older allies approached Dr. White-Newsome to thank her for illuminating the connection between public health and the environment. Jalonne’s talk may have been a “101 level” crash course, but the young activists at VA Power Shift are already bringing what they’ve learned to their communities and the movement.

Interested in organizing for environmental justice in your community? Contact James Burke at Burke@WEACT.org to get involved with a WE ACT campaign.