Posted on July 19, 2022
After a successful win in New York City that ended the use of gas in new construction, we are taking our fight to the state. Help send a message to Governor Hochul: Support an immediate ban on fossil fuels in new buildings! 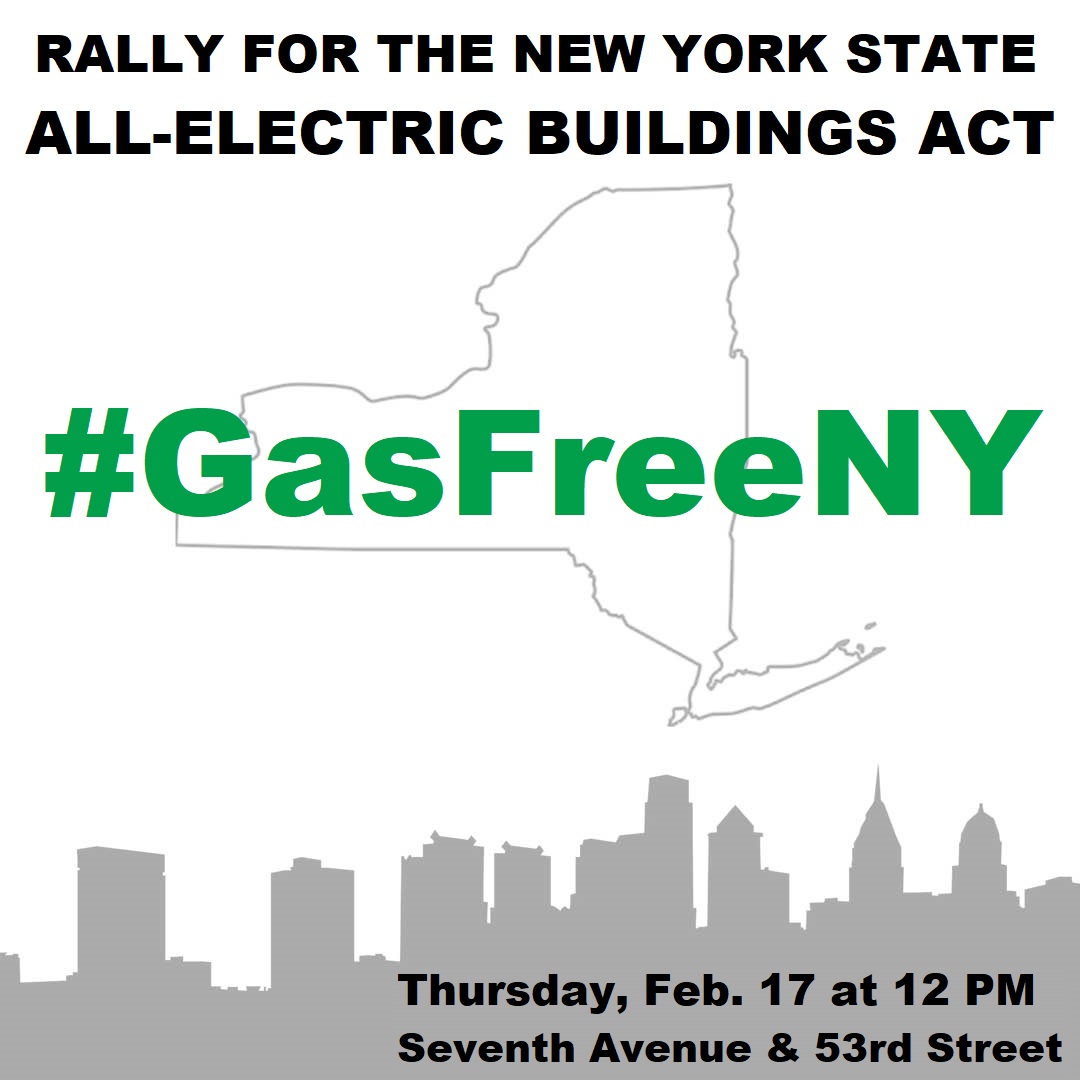 On February 17, the Democratic Party is holding its nominating convention -- and we'll be there, urging Hochul to take bold action to move New York off fossil fuels. We'll be rallying outside the convention, calling on Hochul to include the All Electric Building Act in New York's budget. The All Electric Building Act bans gas in new buildings statewide, starting with new permit applications at the end of 2023.
Join us at noon in front of The Sheraton New York Times Square, 811 7th Avenue, W 53rd St, New York, NY 10019.
Advocates will stay after the rally and flyer attendees of the convention. If you are interested in signing up for a shift (1pm - 5pm), email Annie at [email protected]
WHEN
February 17, 2022 at 12:00pm - 1pm
WHERE
The Sheraton at Times Square
811 7th Avenue W 53rd St
New York, NY 10019
United States
Google map and directions
CONTACT
Annie Carforo · · 917-484-0168
20 RSVPS