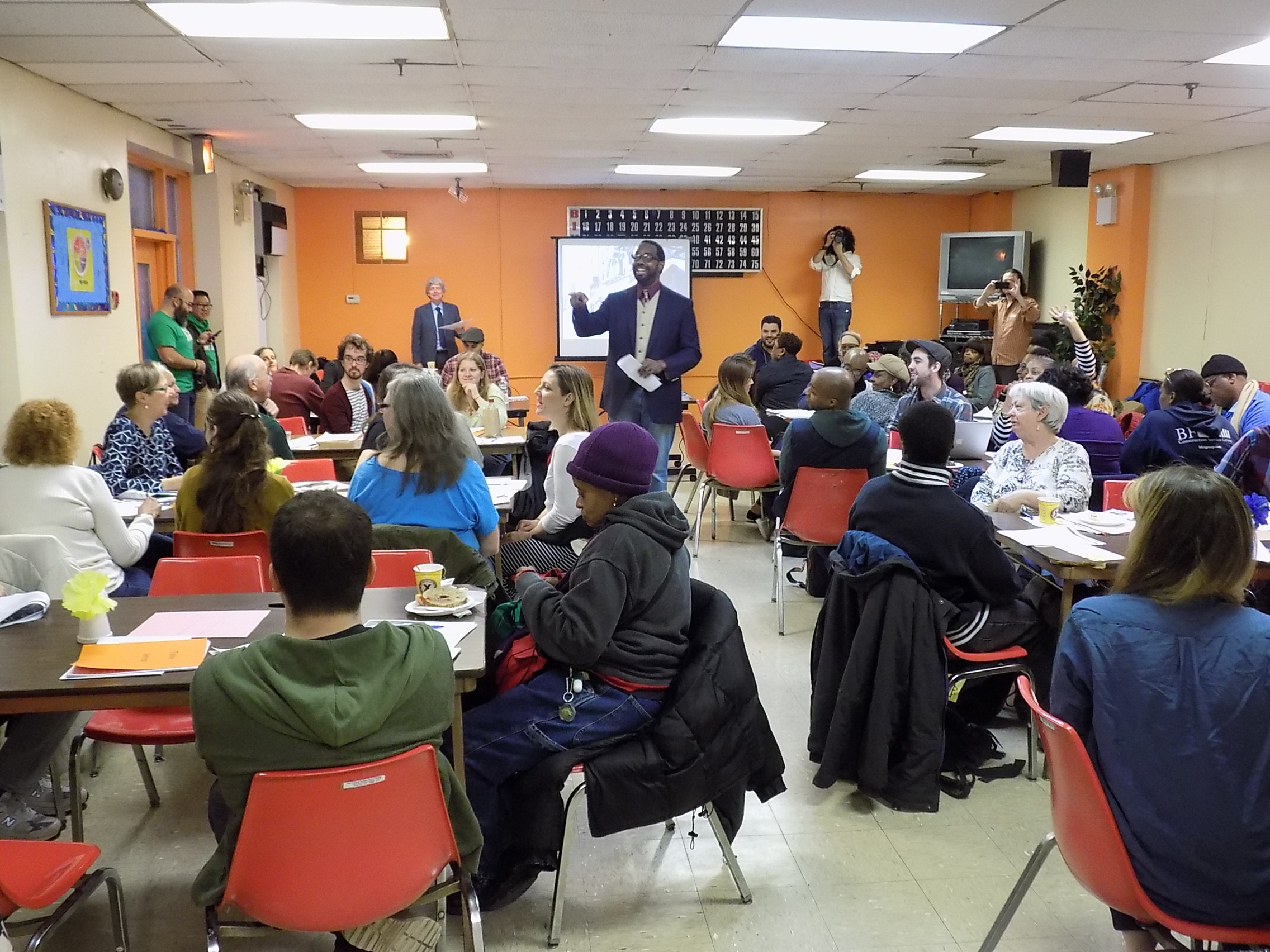 As part of the NMCA planning process, seven workshops were held from January through June of 2015. The workshops, organized by WE ACT for Environmental Justice, were centered around "serious games" activities, led by OVIAR Global Resilience System, which allowed participants to engage in a series of scenario planning exercises that identified community needs and opportunities in response to fabricated news stories about changing temperatures, extreme weather events, and other impacts of climate change. Over 200 local stakeholders participated in this process. The results represent the basis of the NMCA plan: workshop participants outlined their understanding of the threat that communities in our area face and devised strategies for environmental and social resilience that can be implemented to stem crises. Dialog during the workshops centered on the questions of how the impacts of climate change will be experienced at the community level and how we can work together to create cooperative systems that build economic and political power so that communities can take the lead in protecting their most cherished assets and most valuable resources.

These workshops were conducted on:

One set of the mocked up newspapers utilized during the "serious games" is included below: 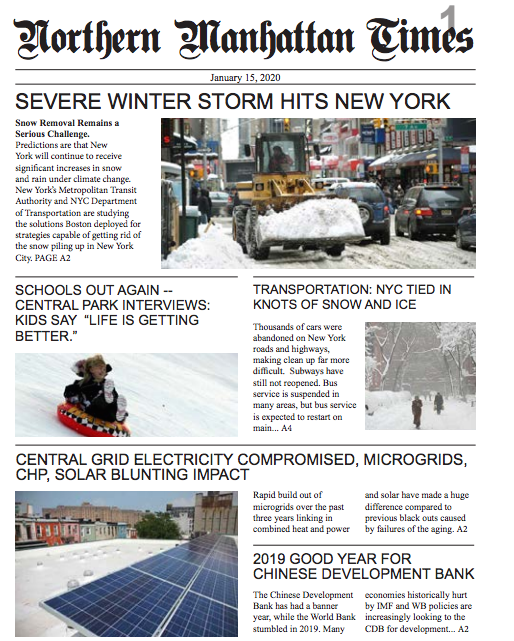 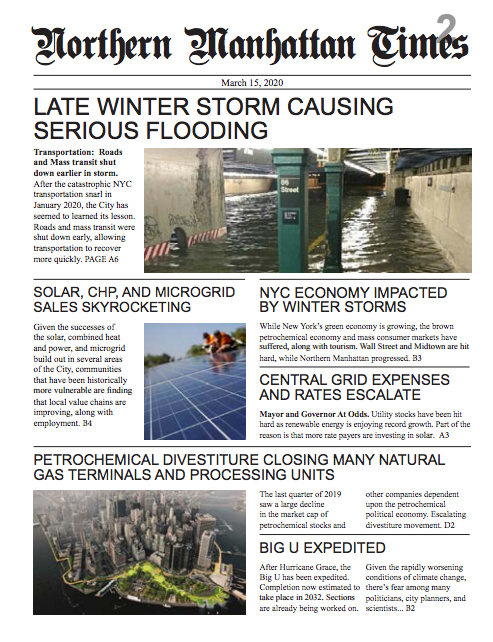 The following flyers were used to advertise the workshops to the public: 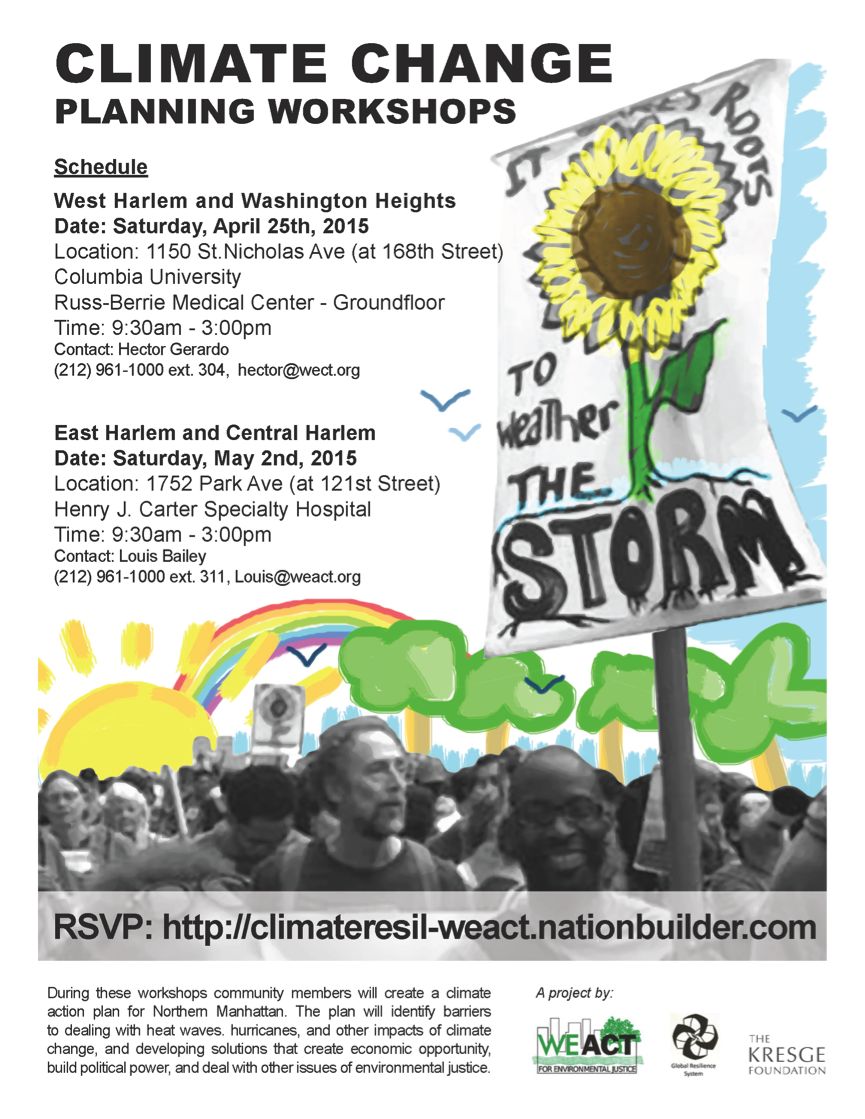 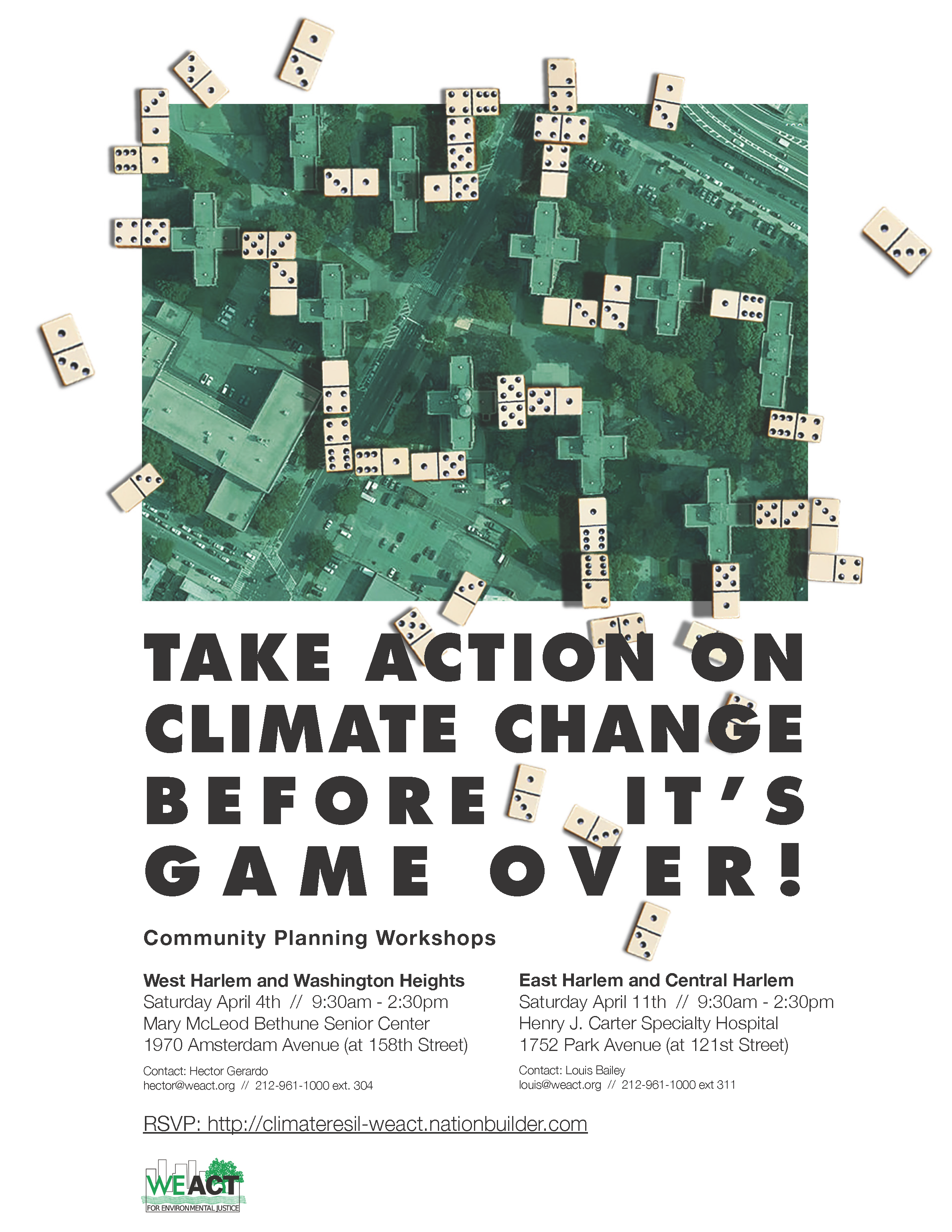 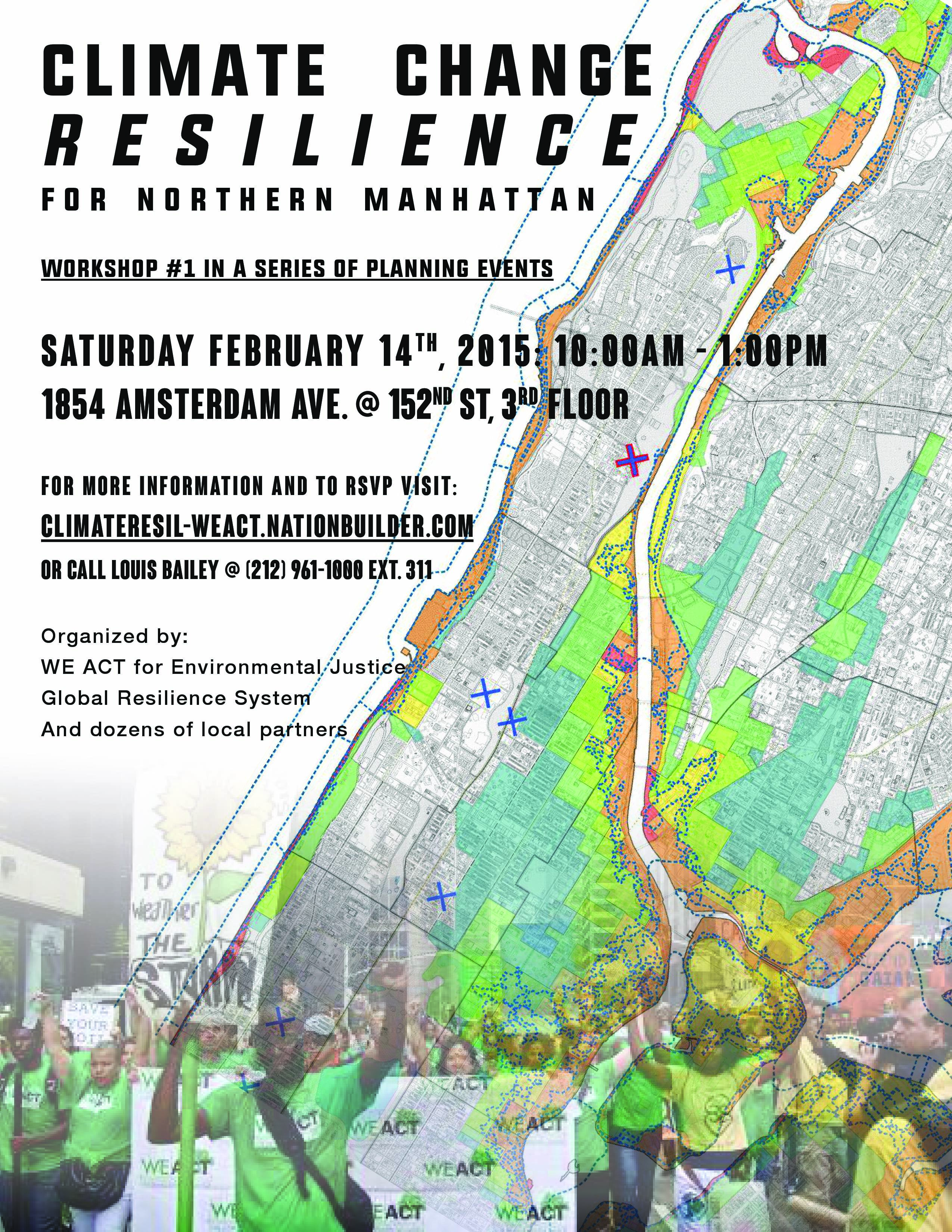